Definition
“Stack is a collection of similar data items in which both insertion and deletion operations are performed based on LIFO principle”.

There are two basic operations performed in a Stack:

1. Push() function is used to add or insert new elements into the stack.

2. Pop() function is used to delete or remove an element from the stack.

The above diagram represents a stack insertion operation. In a stack, inserting and deleting of elements are performed at a single position which is known as, Top.

An element is removed from top of the stack. Delete operation is based on LIFO principle. This operation is performed using a Pop() function. It means that the insertion and deletion operations are performed at one end i.e at Top.

Following table shows the Position of Top which indicates the status of stack:

Stack can be defined using array as follows:

In the above code snippet, MAX is a constant and can store defined number of elements. When the value of top becomes MAX – 1 after a series of insertion, it means that stack is full. 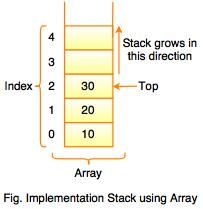 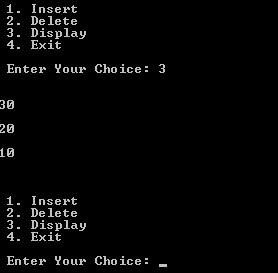 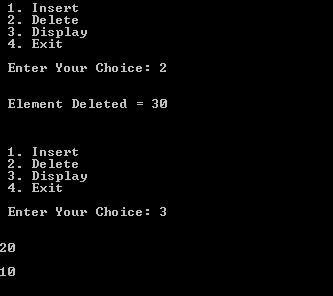 Following are the other operations used in Stack: