1. Why do we need Object Oriented Programming?

Object Oriented Programming was developed because of the limitations discovered in the earlier approaches to programming. Before OOP, there were Procedural languages which include C, Pascal, FORTRAN etc.

In a procedural program, program code is written in a top down approach and the program is divided into functions or procedures. There are also two kinds of data which are local data and global data. A local data is defined in a function and is accessible only by that function and global data is accessible by any function in a program. This is a very simple style of programming and is very efficient for small programs. However, there are two major limitations with procedural languages. 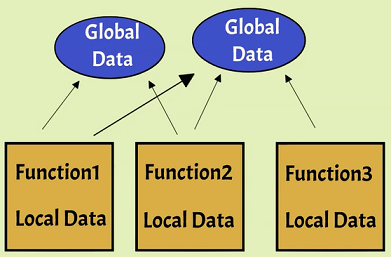 2. What is Object Oriented Programming?

In OOP, a program typically consists of a number of objects, which communicate with each other by calling each other member functions.

3. What are the characteristics of Object-Oriented Programming?

The Characteristics of Object-Oriented Programming are as follows


4. What are Classes and Objects?

In OOP, a Class is considered as a plan or the blueprint of an object. A Class specifies what data and functions will be included in that object. A Class must always be defined before the creation of an object and by defining the class does not automatically create the object.

Since an object contains data (state) and functions(behaviors), there is a close match between Objects in OOP and Objects in real life and this close similarity revolutionize the designs of programs. For example, let’s take a Car, it has properties such as model, color, brand, year etc. and it also has different functions such as to start a car, drive the car, stop the car. This can be represented in a program with the help of objects as follows, 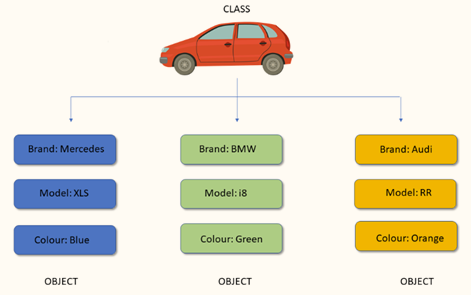 To inherit from another class, use “ : “ symbol. 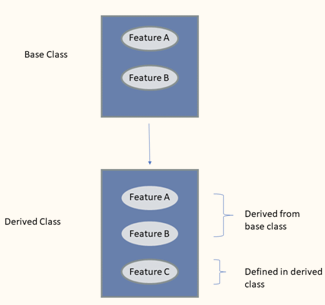 In C++ we can implement polymorphism in the following ways.

ii) Operator Overloading: In C++, we can change the behaviour of an operator in a program. We can overload an operator only when we are operating on user-defined types such as objects and structures, we cannot use operator overloading on basic types such as int, double.

8. What is abstraction in OOP?

In OOP, Data abstraction or abstraction means displaying only essential information and hiding away the background details.

Data abstraction provides an interface to the user while hiding away the implementation details of the program.

Encapsulation is one of the key features of object-oriented programming. It is a process of grouping similar code in one place i.e related data members and member functions are grouped together in a single class. Encapsulation makes our code cleaner and easy to read and provide better control for the modification of our data items.

Data hiding means that data are concealed within a class so that it prevents accidental accessing by functions outside the class.  The primary mechanism for hiding data is to put the data in the class and declare them as private. Private data and functions can only be accessed from within the same class. Data hiding is designed to protect programmers from honest mistakes.

Few differences of C and C++ are as follows 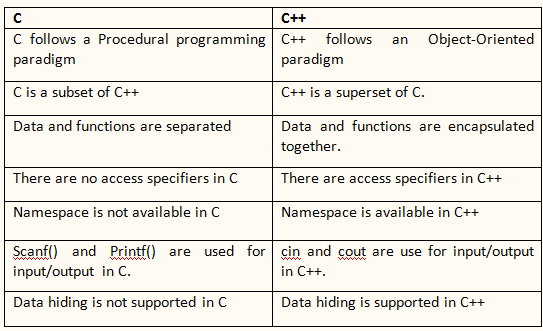 Access specifiers decide how the members (data members and member functions) of a class can be accessed by different members outside the class. In C++ there are three types of access specifiers.

public: The members which are declared as public can be accessed from outside the class.

private: Here, the members declared as private can only be accessed by member functions in the same class.

protected: Here, the members declared as protected cannot be accessed from outside the class, however they can be accessed in inherited classes.

The above structure definition serves only as the blueprint for the creation of the variables of type citizen and does not actually create the variables i.e. it does not reserve space for them in the memory.

The above statement will create a variable citizen1 of type Citizen.


14. What is the difference between structures and classes?

However, in most situations, programmers use structures to group only data and classes to group both data and functions.

Rules for defining a constructor:

First, a constructor must have the same name as the class of which they are members. This is one way to let the compiler knows that it is a constructor.

Second, a constructor must not have any return type.

There are three types of constructors


Copy constructor: It is a special constructor that creates a new object as a copy of an existing object.

Destructors is a special member function that is invoked automatically when an object is destroyed.

Destructors must have the same name as its class, does not have any arguments and return type and is preceded by a ‘ ~ ‘ tilde.

The most common use of destructors is to deallocate memory that was allocated for the object.

Namespace is a declarative region that provide scope to identifiers inside it. It is a method to prevent name conflicts of variables, functions in a program. In big projects, there is a big chance that there may be two or more variables or functions with the same name and this will result in an error when compiled. To resolve this issue, namespace is introduced in C++.

In the program below through the use of namespace, we can use the same variable name x and function name printX() in the same program.

19. What is the meaning of “using namespace std” at the beginning of a C++ program?

std is a special namespace and is short form for standard. Using the namespace std means that you are going to use classes or functions from the std namespace, and you don’t have to explicitly call the std namespace every time you want to access its members.

In the header file <iostream> the function such as cin, cout are defined in the std namespace, hence we must mention the std namespace in the beginning of the program, otherwise we have to invoked explicitly every time we need to use cin and cout.

20. What are Inline functions?

To define an inline function, you need to specify the keyword inline as before the function definition as follows